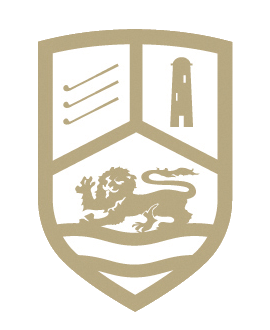 Members' Login
Back to Main

(copied from the "Mens Competition - including Rules" document)

• Men’s Competitions are generally played off the white tees on both courses, unless otherwise indicated for that specific competition (for example, the Gold Medal is played off the Black tees).

• Signups for each competition generally open two weeks prior to the competition, on Sunday evening at 19:00.

• Entry fees are set ranging from £3 to £7, depending on the competition. If set at £7, then £4 goes to the members fund and £3 goes to the sweep. The fees going to the Members funds are used to pay for trophies and tumblers. An optional £2 for the “twos” competition is also available for each competition and are paid out in full to winners who entered the “twos” sweep.

• Withdrawing from a competition, for any reason, results in a forfeiture of the entry fee. (Men’s Committee Decision – 20/11/2018) This rule was implemented to discourage those members who signed up the day the comps opened to hold a playing place, and then withdrew just prior to the competition leaving unused playing slots.

• Anyone who fails to play in a competition for which he is entered or who withdraws after the competition has started (a ‘no show’) will be barred from taking part in the next two club competitions. Exceptions to this policy for medical or other reasons can be made by the Competitions Secretary at his discretion. (Men’s Committee Decision – 20/11/2018)

• The above withdrawal policy should be applied only to those members who entered the competition at outset and not to those originally on the reserve list and subsequently promoted into the competition. (Men’s Committee Decision – 20/11/2018)

• Members are only eligible to enter Board Competitions if they are Full (7 Day) Members and have played in three competitions in the previous 12 months. In exceptional circumstances where there are limited competition opportunities, the Captain and Committee may relax this rule.

• For the avoidance of doubt, each player must have a valid World Handicap System (WHS) handicap. Anyone entering without an active handicap will be removed from the competition.

• For the Board Knockout Competitions, there is no maximum WHS index requirement to enter. However, the Maximum playing handicap in the competition is 20. For 4BBB competitions, 90% of the handicap difference versus the lowest handicapped player is used. For Greensomes, a 60%/40% (Hi/Lo) is applied. For foursomes, 1/2 of the combined difference, with halves rounded up, is applied.

• The only exception to the above restrictions is the Angora Cup, in which the WHS Index must be greater than or equal to 13.5. Should the player’s handicap drop during the competition, he must play off the lower handicap.

• For knockout competitions, the lower player/team must offer two playing dates, on different weekends, to the higher player/team. • For each competition there are three or four reserved slots that are available for players willing to volunteer as starters for the two hours immediately preceding those playing times. Please contact Pace of Play Coordinator for further details.

• The use of a buggy is not permitted in Competitions unless the player has a genuine medical requirement, in which case a medical certificate must be produced to the starter or pro-shop as requested on the day.

• Please ensure you are at the tee at least 10 minutes before your allocated tee-time. In the event a member is late for his tee time and his playing partners have left the first tee-box, he is automatically disqualified and not allowed to participate in the competition.